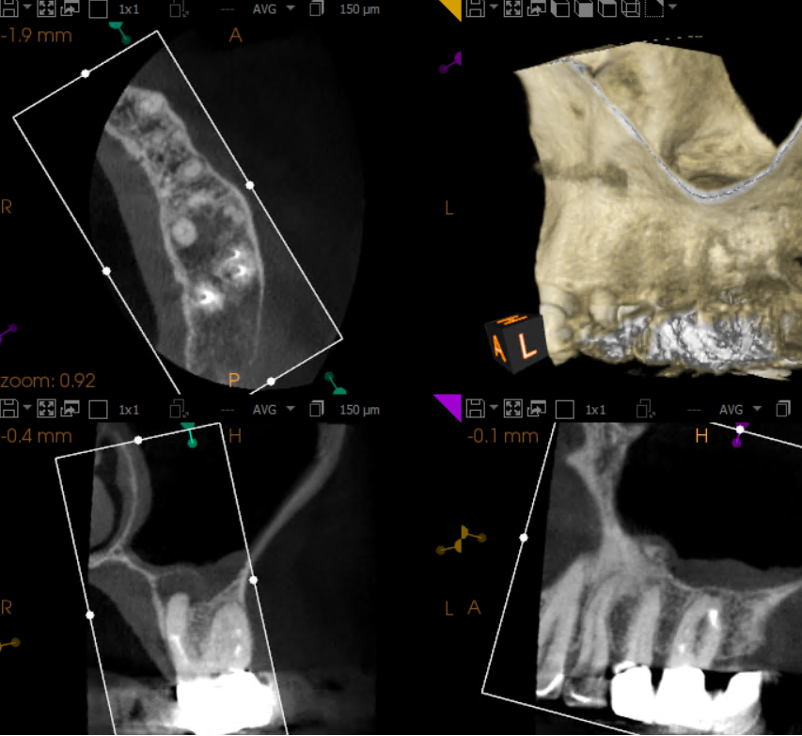 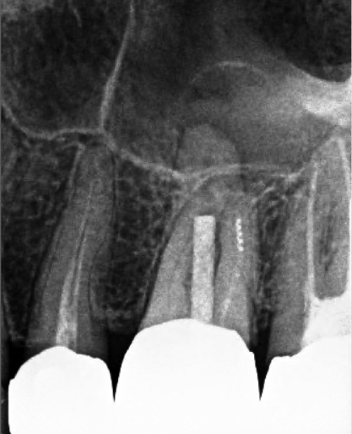 Patient presented with the chief complaint of a “toothache” that was clinically tender to percussion and localized to tooth #14. Radiographic examination showed an untreated mesiobuccal root and a large post in the palatal canal with no root canal filling evident beyond the post. In addition, there was a separated instrument in the apical third of the distobuccal root. Cone beam CT demonstrated a periapical radiolucency associated with the palatal root. These findings supported a diagnosis of failed endodontic treatment with symptomatic apical periodontitis.

Both mesiobuccal canals were located and the separated instrument in the distobuccal root was bypassed so that the canal could be instrumented to the apical terminus. The post in the palatal root was removed and the canal was negotiated. GentleWave® irrigation was performed to enhance canal disinfection. The completion radiograph displays the complex anatomy with significant apical canal curvatures.

Avoid handling paperwork, expedite care and share patient information all
in one place.